Researchers have noted an alarming decline in the honey bee population over the past decade, which could be detrimental for global food supplies. Over $170 billion worth of crop production relies on bee pollination throughout the world, which means that food prices will likely continue to rise as the bee shortage becomes more critical. In the past year alone, regions have reported a reduction in the managed bee population at anywhere from 40-90%. Fortunately, the recent legalization of hemp may offer some solutions to this problem, as scientists have determined that growing hemp can help save the bees! 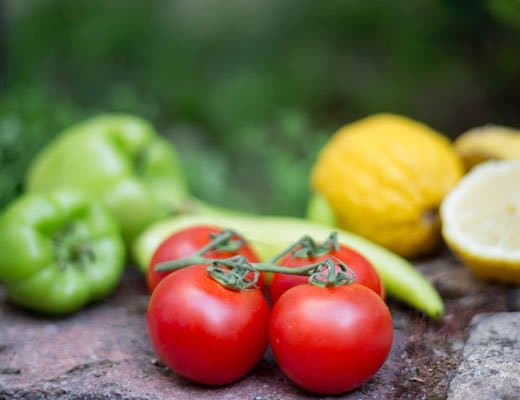 Hemp relies on wind to pollinate, but scientists have discovered that bees seem to love its pollen. Drought and lack of agricultural diversity can cause periods of floral dearth where there is no nectar for the bees to consume, and hemp pollen provides them with an excellent source of nutrition during those times.

Bees live longest during the winter, where they can survive up to six months. In spring and summer, their average life expectancy is around four weeks. Bee health is often determined by how many hives survive the winter.

Oxford conducted a bee collection study on New York farms titled “The Bee Community of Cannabis sativaand Corresponding Effects of Landscape Composition”, which found that hemp flowers attracted up to 16 different species of bees. The researchers also observed that the taller hemp plants attracted the broadest variety of bees. It was noted that the diversity of bee species feeding off of hemp flower pollen was much higher than other pollen-producing plants in the area, and it was recommend for farmers to consider growing hemp in order to help support local bee communities.

Help Save The Bees

A previous study titled “Bee Diversity and abundance on flowers of industrial hemp (Cannabis sativa L.)” made the same determination, concluding that “industrial hemp can play an important role in providing sustained nutritional options for bees during the cropping season.”

The study observed up to 20 different genera of bees collected from Colorado hemp flowers, of which 38% was honey bees. This further indicates the importance of growing hemp to support bee diversity. 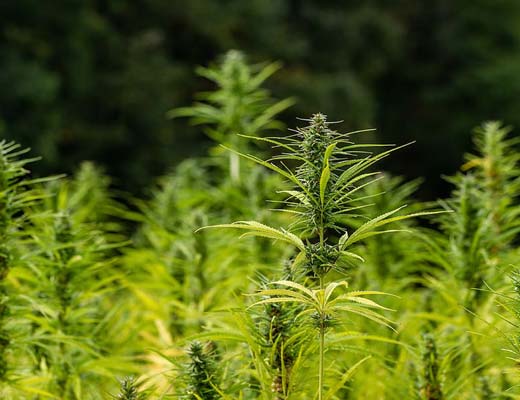 Bees are imported all over the world to assist with crop pollination. In the United States, almost 60% of the bee population begins the season in California to assist with almond production. After this, some are transported to Florida to pollinate citrus crops. Then, they travel up the southeast coast to produce a multitude of other fruits and vegetables before finishing up in Maine for blueberries.

It is believed that poor traveling conditions and exposure to pesticides, pests, and other diseases are contributing to their demise. A parasite known as the varroa mite is considered to be the biggest cause of the decline in bee population, something that scientists believe is exasperated by man-man made stressors.

While it is good for the bees that hemp is a naturally pest resistant crop, some experts are warning that the recent increase in hemp cultivation will also increase the risk of more pests infecting these crops. This means that it is imperative for farmers to develop plans to protect the safety of the bees while still keeping the pest population down.

An interesting thing to note is that, unlike humans and their pets, bees do not have an endocannabinoid system. This means they do not have the receptors that are needed to be affected by CBD, THC, and the other phytocannabinoids in hemp. 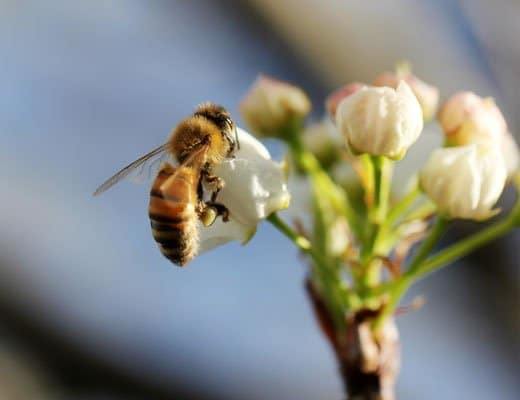 As the bee population continues to decline, farmers will need to seek more creative solutions in order to counteract this problem. Industrial hemp seems like a great option, especially considering how many different applications the plant can be used for once it is grown. The fledgling hemp market will no doubt find many other ways to utilize this incredibly versatile plant. 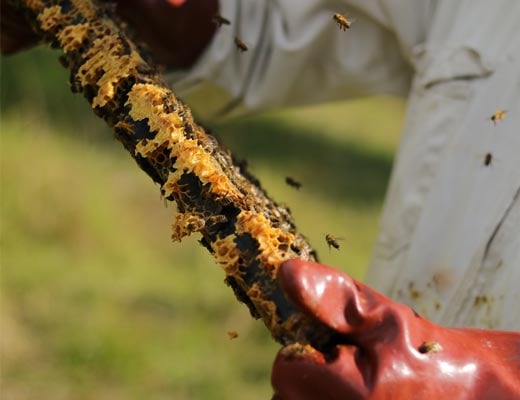 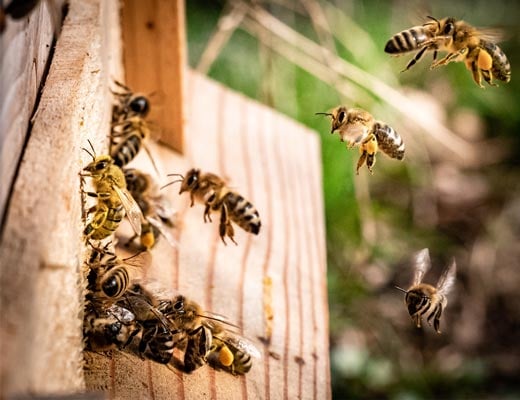