Hemp In Idaho: The Last State to Legalize

Idaho recently made history after becoming the last state to legalize hemp in the U.S. House Bill 126 was signed into law by governor Brad Little on April 16th, 2021, and marked a significant victory for hemp advocates statewide and across the country.

The state’s hemp battle has been particularly contentious, as the Idaho legislature had previously pledged that they would never legalize any form of cannabis in the state.

Table of Contents hide
1 Is Hemp Legal in Idaho?
2 Idaho Hemp Arrests
3 Hemp Prohibition in the United States
4 History of Hemp Laws in Idaho
5 Why is THC still federally prohibited?

Is Hemp Legal in Idaho?

So is hemp legal in Idaho? HB 126 enables for the cultivation, manufacturing, and transportation of industrial hemp in the state of Idaho, as long as it contains under 0.3% tetrahydrocannabinol, or THC. The bill also allows for the police to do random stops and test up to 20 grams of the product in order to ensure that it is compliant with the THC limit.

Idaho had previously been in the news after several high profile hemp arrests were made in 2018 and 2019, which involved instances of truck drivers being pulled over while traveling through the state with shipments of hemp. Under Idaho law at the time, hemp was completely illegal if it contained any amount of THC.

One driver, Denis Palamarchuck, was arrested for traveling with 6,700 lbs of hemp and eventually pled guilty to having an “improperly permitted load including faulty bill of loading”. He was sentenced to five days time already served at the Ada County jail and paid a fine of $500.

Two other drivers, Andrew D’Addario and Erich Eisenhart, had been arrested with 900 hemp plants; they both pleaded guilty to misdemeanor marijuana charges and were both sentenced with two days in the county jail as well as fines of $4,138.79, each.

The plea agreements that the defendants signed stipulated:
“Despite changes to the Federal Schedule of Controlled Substance brought about by the enactment of the Agriculture Improvement Act of 2018, cannabis plants containing any amount of THC or Delta-9 tetrahydrocannabinol remain illegal in Idaho”

A separate statement issued by a representative of the prosecutor’s office for Ada county further elaborated:
“The 2014 farm bill’s intent of allowing interstate transportation of hemp will only be realized in Idaho once there is a regulatory system in place, which has not yet occurred in Idaho…It is our hope that such a regulatory system will be in place soon so those who would transport or ship through Idaho are not at risk of violating Idaho’s law.”

In order to alleviate concerns about traveling with hemp, the USDA issued a recommendation that “transporters carry a copy of the producer’s license or authorization, as well as any information the governing state or Indian tribe recommends or requires that will validate that the transporter is transporting legally-grown hemp.” 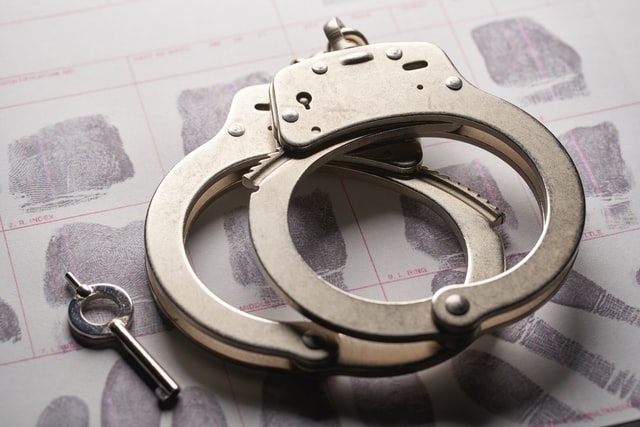 Hemp Prohibition in the United States

While local and state laws against the consumption of cannabis began cropping up at the beginning of the 20th century, federal hemp prohibition in the United States was brought about with the passage of the Marihuana Tax Act of 1937, which imposed a specific tax on the sale of cannabis.

This was done intentionally by special interests, such as the DuPont family and Randolph Hurst, who understood that cheap, easily source-able hemp represented a significant threat to their financial investments in competing industrial materials, which included nylon, tree pulp, and cotton.

The act was eventually overturned by the Supreme Court in 1969 by the case Leary vs. United States. Timothy Leary — a clinical psychologist at Harvard — was an outspoken cannabis and LSD advocate at the time. He was arrested after having been stopped at the Mexican border when officials searched his vehicle and found small amounts of marijuana.

The Supreme Court ruled that the tax act was unconstitutional because it violated the 5th amendment regarding self-incrimination. Cannabis was already illegal in Texas, and if Leary was forced to provide the necessary documents to prove he was a registered transporter of marijuana, he would be forced to incriminate himself under Texas Law.

After the act was successfully repealed, congress replaced it with the Controlled Substances Act, which continued the prohibition of certain drugs and substances, including cannabis.

A 2019 Pew research study showed that two-thirds of Americans now favor marijuana legalization, with 91% of US adults saying that they believe marijuana should be legal either medically or recreationally, with less than 8% responding that it should be completely illegal under all circumstances.

History of Hemp Laws in Idaho

Among the states, the history of hemp laws in Idaho have shown a pattern of extreme reluctance to legalize any kind of cannabis, regardless of THC content. Over time however, Idaho has become surrounded by states that have legalized marijuana, and local cannabis advocates have pointed out that many Idaho citizens simply cross the state border in order to purchase it.

Idaho initially outlawed cannabis in 1927, amid a growing trend of states who were starting to do so at that time. The mayor of Boise clarified his reasons for supporting the ban, stating:
“The Mexican beet field workers have introduced a new problem — the smoking in cigarettes or pipes of marijuana or grifo. Its use is as demoralizing as the use of narcotics. Smoking grifo is quite prevalent along the Oregon Short Line Railroad; and Idaho has no law to cope with the use and spread of this dangerous drug.”

Recently, Idaho Senator C. Scott Grow introduced a constitutional amendment to the state congress that would ban the legalization of cannabis, as well as any Schedule I or II substances. The amendment passed through the.state Senate but failed, by five votes, to achieve super majority and pass through the House.

Why is THC still federally prohibited?

With increasing support for the legalization of marijuana, many people question, why is THC still federally prohibited?

Cannabis comprises hundreds of compounds that are known as cannabinoids. THC is particularly targeted for regulation because it is the only cannabinoid that is capable of inducing psychotropic symptoms, which means that marijuana strains with a high THC content can produce intoxicating side effects.

This is due to the way THC works; when it enters the bloodstream, its molecules bind with specific cannabinoid (CB) receptors that are found throughout the brain and body. So far, researchers have discovered two different CB receptors — CB1 and CB2.

When THC binds with CB1 receptors, psychotropic symptoms are produced. Hemp is legally distinct from other forms of cannabis specifically by its THC content, which must be under 0.3% in order to be federally legal.

The primary cannabinoid in hemp is cannabidiol, or CBD. Interestingly, when ingested, CBD has actually mitigates the THC molecule’s ability to bind with CB1 receptors, and actually helps to inhibit its intoxicating effects.

CBD itself does not bind with CB1 or CB2 receptors, but it has the ability to keep the body from quickly metabolizing the neurotransmitters that are created when cannabinoids bind with CB receptors.

The reasons the federal government has not yet agreed to legalize recreational marijuana is ostensibly due to the effects of THC, but many people are no longer satisfied with this explanation. Cannabis advocates point out that alcohol is legal, despite being associated with around 2.8 million deaths worldwide on an annual basis, and that THC is statistically a much safer substance.

Cannabis advocates across the country will continue to fight for federal legalization, and it is hoped that this day will come sooner rather than later.